Terry Craven earned his bookselling experience with 7 years working at Shakespeare and Company, Paris, before heading to Spain, where he now resides as a painter, editor, and co-founder/co-manager of Desperate Literature bookshop, Madrid. He has had writing published with 3:AM and The London Magazine (forthcoming).

Elizabeth Moe is a Candidate for a Ph.D. in Spanish Literature & Culture at Rutgers University. Her dissertation, “The Embodied Lorquian Archive,” examines early and continued artistic activism to evoke and invoke poet-playwright Federico García Lorca’s missing body and textual corpus.

Clarissa has been with the series since November 2016 as a Creative Director, designing and producing content and directing the Unamuno Author Series brand. She is a writer and advocate for gender equality in business, and will be publishing her first book of poetry entitled, Shake, in 2020. Clarissa loves the series for its effortless ability to unite otherwise strangers through the affection and mystery of poetry. 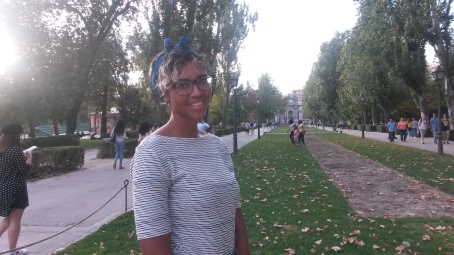 Layla Benitez-James is an artist and translator living in Alicante whose poems and translations have appeared in The Acentos Review, Anomaly, Guernica, Waxwing, Revista Kokoro, La Galla Ciencia, and elsewhere. Her audio essays about translation can be found at Asymptote Journal Podcast. Her first chapbook, God Suspected My Heart Was a Geode But He Had to Make Sure was selected by Major Jackson for the 2017 Toi Derricotte & Cornelius Eady Chapbook Prize and published by Jai-Alai Books in Miami, April 2018. 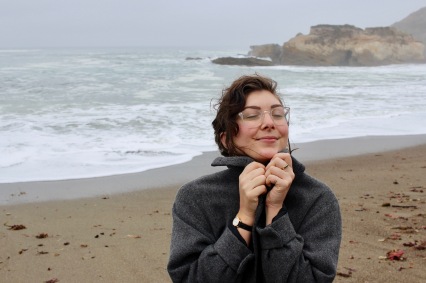 Annie Schumacher is a poet based in Madrid. She is a team member of The Unamuno Author Series, where she helped execute Madrid’s first anglophone poetry festival in 2019. In 2019 she received a Bread Loaf work-study scholarship in poetry and the Our Little Roses Poetry Teaching Fellowship in Honduras. Her most recent work can be seen in Adelaide Literary Magazine. She is originally from Fresno, California.

Charlotte Delattre is the co owner of Desperate Literature. She managed an international arts exchange program for Americans in Paris before working at Shakespeare and Company and finally joining the Madrid bookshop partnership in 2015. She is specialized in French literature and the performing arts.

Joan Fleming is the author of The Same as Yes and Failed Love Poems, both from Victoria University Press, and the chapbook Two Dreams in Which Things Are Taken (Duets). Her new collectionDirt is forthcoming with Cordite Books. She holds a PhD in ethnopoetics from Monash University, Melbourne, and is the New Zealand/Aotearoa Commissioning Editor for Cordite Poetry Review. Her honours include the Biggs Poetry Prize, a Creative New Zealand writing fellowship, an Australian Postgraduate Award, the Verge Prize for Poetry, and the Harri Jones Memorial Prize from the Hunter Writers Centre. In 2019 she served as Impresario for the Unamuno Author Series Festival in Madrid, and in 2020 she will travel to Honduras for the Our Little Roses Poetry Teaching Fellowship. 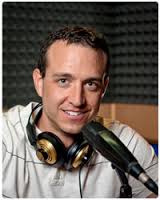 Kyle Millar has hosted over 1400 episodes of his popular radio program, Drive Time broadcasting from Madrid, Spain on Vaughan Radio, Spain’s only 24-hour English language broadcaster. A proud Canadian with a background in finance, Kyle has traveled extensively and worked in several fields and now offers language and communication training to business professionals among others. Additionally, he has appeared in various media collaborations for online courses, videos and television. He is the author of the book “Business English”.  On his daily radio program he often conducts interviews with business people, authors, musicians and athletes among others.

Ruben Quesada is the founder of the Latinx Writers Caucus and a contributing editor at Chicago Review of Books. He serves as faculty at Northwestern University and at The School of the Art Institute, where he teaches poetry writing. His chapbook of poetry and translations, Revelations, is available from Sibling Rivalry Press, an inclusive publishing house whose entire catalog is housed in the Library of Congress’ Rare Book and Special Collections division.

Joseph Fasano is the author of four books of poetry: The Crossing (2018); Vincent (2015); Inheritance (2014), a James Laughlin Award nominee; and Fugue for Other Hands (2013), which won the Cider Press Review Book Award and was nominated for the Poets’ Prize, “awarded annually for the best book of verse published by a living American poet two years prior to the award year.”  His work has appeared in The Yale Review, The Southern Review, The PEN Poetry Series, American Poets, The Missouri Review, The American Literary Review, Verse Daily, The Academy of American Poets’ poem-a-day program, and the anthologies Poem-a-Day: 365 Poems for Any Occasion (Abrams, 2015) and The Aeolian Harp (Glass Lyre Press, 2016), among other publications.  A winner of the RATTLE Poetry Prize, he teaches at Columbia University and Manhattanville College.  He serves on the Editorial Board of Alice James Books and is the curator of The American Poem Series.

Jorge Vessel (pseudonym for Jorge Garcia) is a Venezuelan writer, translator and engineer. His first book, Pájaro de Cuero Negro (CELARG, 2004), won the Poetry Prize Fernando Paz Castillo (Venezuela) and La Carencia (2018) won Premio de Poesía Federico Muelas (Spain) and will be published in 2019. His poems have appeared in important Hispano-American poetry anthologies such as En-Obra (Equinoccio, 2008) and Cuerpo Plural (Pre-Textos, 2010), as well as literary magazines. He is currently finishing his MFA in Creative Writing at New York University and is engaged in multiple projects of poetry translation into Spanish.

Spencer Reece is the author of The Clerk’s Tale and The Road to Emmaus, a long-list nominee for the National Book Award in 2014. The Little Entrance: Devotions, a forthcoming nonfiction book combines the author´s life story with an appreciation of seven poets: Sylvia Plath, Elizabeth Bishop, George Herbert, James Merrill, Emily Dickinson, Gerard Manley Hopkins and Mark Strand.  The Wylie Agency will represent the book to publishers and it is hoped the book will come out in 2020. Reece is an ordained Episcopal priest and works as the canon to the ordinary for the Bishop of the Spanish Episcopal Church.