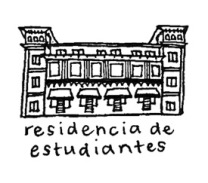 Breakfast session: Ann Kjellberg, former contributing editor of the New York Times Book Reviewon the role of of book reviewing in literary culture and the changing dynamics of book journalism.

“Gathering Places and Friendships: Young Writers, Artists and Musicians in Madrid in the 1920s”

Andrew A. Anderson, University of Virginia

Two notable features of this particular group are how famous many of its members would subsequently become, and how tightly connected they all were.  This talk will highlight a number of the places in Madrid where they lived, studied, and socialized, and will also examine some of the mechanisms whereby they came to know each other and, in many cases, formed close and important friendships as well as artistic collaborations. In English.

“James Wright on a Spanish Road”

Linking passages from my biography of the American poet James Wright, I will trace a central theme in the book: the influence of Spanish and Latin American poets on Wright’s work.  His translations of Pablo Neruda and César Vallejo are better known, but in research for the biography, I’ve discovered that the poems of Juan Ramón Jiménez, Federico García Lorca, and Antonio Machado also had a profound impact on Wright’s imagination and thinking about poetry.  I will read several Wright poems and translations and suggest the importance of Walt Whitman as a shared ancestor.In English.

A roundtable moderated by poets and editors of The Poem’s Country Shara Lessley and Bruce Snider, with fellow contributing poets and essayists Mark Wunderlich, Monica Youn, and Emilia Phillips.

For all of its virtual connection, the world is as divided as ever. Negotiating this contradiction as it manifests on our home-screens and in our hometowns has become an essential subject for contemporary writers. Responding from cities and rural communities in the United States and abroad, the editors and several contributors from The Poem’s Country: Place & Poetic Practiceconsider how the question of place is shaping today’s poetry. Up for discussion: lyric and geographical constraint, as well as how place challenges, enchants, and helps clarify the intersections between language and the world. In English.

Matt Bevis, Professor at Oxford University, in conversation with Spencer Reece, Poet and Founder of the Unamuno Author Series, about poetry and its relations. In English.